Data shows that the total suicide rate in the United States increased by 35.2% from 1999 to 2018. That is why suicide prevention needs to be a top priority across the nation. Bringing greater awareness to this growing concern will help individuals receive the help they need.

Whether you are struggling with your mental health or worry about a loved one, there are steps you can take to prevent a tragedy.

As Phil Donahue said, “Suicide is a permanent solution to a temporary problem.” Help is available.

There has been a significant shift over the past decade. Mental health has a long-standing perception problem among the public — which is now shifting. Initiatives have been made to help reduce mental health-related stigma so that those in need do not feel so isolated.

For those contemplating suicide, the feeling of hope can be lifesaving.

Several major organizations have banded together to increase awareness, especially during the month of September, which is Suicide Prevention Awareness Month. Although support is available year-round, during the month of September, the National Alliance on Mental Illness, Suicide Prevention Lifeline, and other organizations promote suicide prevention awareness.

The goal here is to bring light to this topic while providing resources to those in need. When individuals, friends, and family members have access to resources that help them seek help and prevent suicide, that’s a powerful thing.

When people know where to turn, these initiatives save lives.

How to Prevent Suicide

Many people who commit suicide have struggled for years. Some hide these struggles better than others, making it tough for loves ones to intervene.

In most cases, feelings of suicide are directly linked to treatable conditions. These feelings can pass when help is received, yet only half of all Americans experiencing an episode of major depression get the treatment they need.

Prevention begins with understanding and identifying potential warning signs, including the following:

Any mention of suicide needs to be taken seriously.

In addition to the warning signs above, certain risk factors may put people at a greater risk of suicide.

For example, people are more like to attempt suicide if they:

It’s important to note that anyone can fall into depression and that warning signs may present themselves differently across children, teens, and adults. For example, while an adult may become increasingly withdrawn, a teen may run away from home or start doing risky things, such as drinking and driving or doing drugs with strangers.

No single intervention can prevent all suicides. Treatment is often complex and requires a personalized approach.

Once you identify people at risk or are someone who feels lost, it’s important to seek access to mental health or crisis management services.

Treatment will depend on each patient’s risk factors. For example, while one individual may struggle with major depressive disorder, you may be dealing with family or socioeconomic issues, such as childhood abuse, unemployment, or homelessness. Often psychiatric factors and substance abuse co-exist, which is something that needs to be treated simultaneously.

There are a lot of variables to consider, most of which can be treated. It is estimated that up to 90% of individuals who take their life suffer from some type of psychiatric disorder. However, the risk of suicide dramatically decreases once admitted to treatment. By receiving the help you need, you will address any mental health conditions that contribute to feelings of suicide. You will also develop positive life skills and promote greater social networks.

One of the most common and effective techniques for suicide prevention is talk therapy in the form of cognitive-behavioral therapy (CBT) or dialectical behavior therapy (DBT).

Learn more about our mental and behavioral health treatments that are tailored to your unique needs.

There are many credible suicide prevention resource centers across the nation. Whether you are looking for more information or are ready to take the next step towards a happy, fulfilling life, please remain mindful of the following.

There are also dozens of reputable online forums and support groups, including IMAlive and 7 Cups.

Changing the Suicide Lifeline Could Save Lives

The National Suicide Prevention Lifeline number listed above will be shortened to 988. The idea here is to offer a three-digit emergency number like 911, that removes the stigma for seeking help in a mental health emergency. It is also easier to remember.

The line won’t go live until 2022, and in the meantime, experts and advocates say that changes need to be made to better fund prevention efforts.

For over 30 years, Valley Behavioral Health has served the residents of Utah and beyond.

Based on the wide spectrum of evidence-based treatment options, Valley Behavioral Health can address various conditions, ranging from depression to PTSD, anxiety to substance abuse disorder.

Taking a strong person-centered approach, we understand that no two people are identical. Each client’s treatment plan reflects that.

For those experiencing thoughts of suicide, know that you are not alone. There is no shame in the way you’re feeling. However, intervention is necessary.

Learn more about how Valley Behavioral Health can help you or a loved one experiencing suicidal ideation.

If you’re looking to mental health clinics in Utah, Valley Behavioral Health is the largest Intermountain West region. Whatever you or your loved one is dealing with, we’re here to help you every step of the way.

Contact us to learn more about how we can work towards a brighter future together.

Dr. Todd Thatcher has worked at Valley for 8 years and has been the Chief Medical Officer for 5 years. He is triple board-certified in forensic psychiatry, general psychiatry, and addiction medicine. Currently, Dr. Thatcher is passionate about high-quality training of our employees and generating and tracking as much clinical data as possible to improve processes and procedures for increased ease, accessibility, and ultimately to better serve our clients and provide the best care possible. 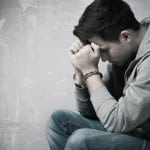 Do you or someone you love feel depressed? Well, you may not be as alone as you ...

About Depression and Major Depressive Disorder

Imagine for a moment that we sit down across from each other and I tell you ...

The Importance of Alcohol Awareness Are you aware that the Centers for Diseas...